Eight Alpha Iota members traveled to Kent, Ohio, on July 1, 2015, to tour the Kent State Museum.  The museum is housed in the former Rockwell Hall which was the original library on campus. The museum opened in 1985.  We viewed the museum's collections "Gallery of Costume: 18th, 19th, and 20th Century," "American Glass," and exhibits "Inside Out: Revealing Clothing's Hidden Secrets" and an extensive exhibit of Geoffry Beene's fashions.  Some of the collections are available online.

Since we were in Kent, we gathered at Pufferbelly Restaurant for lunch.  The food was delicious and the service was great.  We found out that our server was an avid "Bigfoot" hunter.  Linda unsuccessfully tried to ride the rails home.  It was a wonderful and enlightening outing.  Thanks to Nancy Dicken for arranging everything for us. 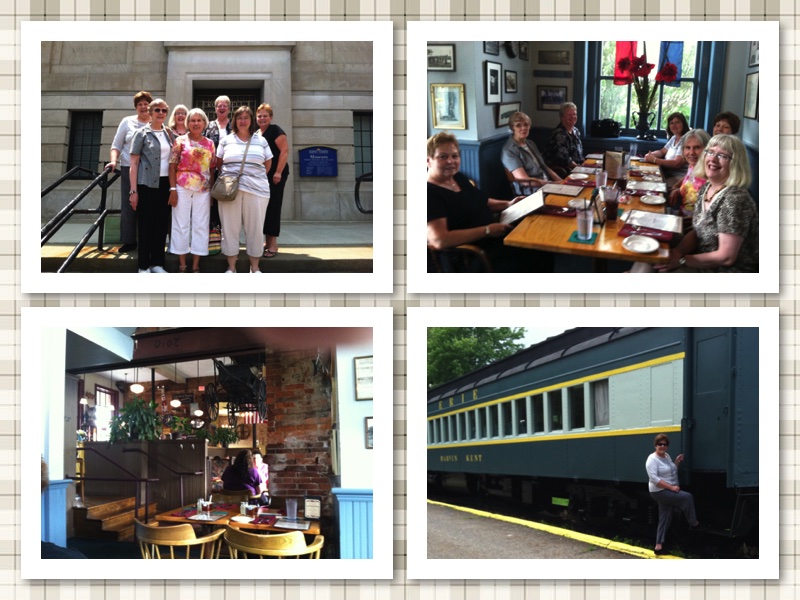